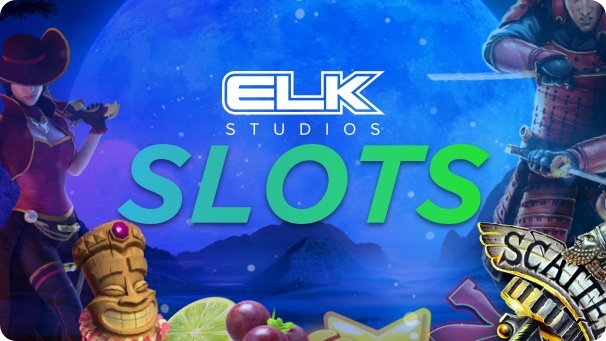 When it comes to development and innovation, Elk Studios is always looking to push the conventional boundaries with every new game it introduces. Being attentive to New Zealand players, European players, and anyone who enjoys playing pokies, this studio is always on top of the latest trends in a bid to create pokies that people want to play.

Below are some of the best new games from Elk Studios in 2021:

Elk Studios takes a multifaceted approach to casino gaming and employs a design strategy that few other game developers do. From its base in Sweden, this mobile-first developer, like its peers, has made game visuals a top priority. However, in addition to stunning visuals, Elk Studios takes a more mathematical approach to designing pokies, unlike most other software providers.

In practical terms, this means Elk Studios uses statistical modelling, big data, and cloud computing to create games that people want to play. Instead of relying on what ‘feels’ right, the developers at Elk Studios study the facts and uses them to make games that satisfy the masses’ desires. Essentially, when you play Elk Studios’ pokies, you can be sure that each game is as technically sound as it is visually appealing.

Elk Studios has responded to the surge in popularity of mobile online gaming by developing all its pokie titles on HTML5 technology. This means that all games, such as Elk Studios Wild Toro, Elk Studios Taco Brothers, Elk Studios Platooners, work seamlessly across desktop and mobile platforms. Games are responsive and optimised for use on mobile devices, with Elk being one of the few casino software providers that focuses on mobile gameplay instead of desktop.

Because of this commitment to mobile, tablet and smartphone users on Android, iOS, and Windows Phone devices can play Elk Studios games with the best graphics, smoothest performance, and most immersive sound.

The software developer created the ‘Ivanhoe’ pokie to function specifically with one-handed input from the player to emphasise its focus on mobile gambling.

The online casinos that we recommend here at PokieSource.co.nz have two different ways of delivering games to players. Online casinos will offer a fantastic mobile gambling experience through your mobile’s browser. Various operators also provide dedicated native apps you can download for a bespoke mobile experience with increased usability and connectivity. Either way, you can find the best online mobile casinos recommended by our expert team right here at PokieSource.

Elk Studios is one of the most trustworthy names in online casino software and is committed to safety and security with its customers. However, simply being a big name is not enough, so Elk does a great deal to ensure that it has a stellar safety and security record:

Elk Studios games are licensed and safe to play if players choose a trustworthy casino to play on, which is where we come in, providing you with access to the safest pokie sites to play your favourite casino games.

Providing you with the best Elk Studios casino sites is why we are here, which also includes highlighting the best bonuses available to New Zealand customers. Promotions are an exciting part of the online casino experience, so our committed team of experts have scoured the online gambling realm to point you towards the best bonuses on offer.

Promotions are an excellent way for online casinos to both attract new players and keep existing bettors satisfied. Luckily, when you visit one of our recommended Elk Studios pokie sites, you can find generous bonuses, which may include:

You will find a welcome package at most online casinos in New Zealand. Welcome bonuses are how casino sites greet new players and entice them to spend money, and they are usually a mix of deposit bonuses and free spins on pokie games.
Also known as a deposit match, this is where the casino offers a percentage against a deposit you make. For example, a 50% match against a deposit of £100 would provide you with an additional £50 (£150 in total) to spend.
One of the rarest yet most popular casino promotions, the no deposit bonus offers you a small amount of free money to spend without you needing to make a deposit.
Great for avid pokie fans, free spins bonuses are when a casino provides you with free spins on a particular pokie game, with Elk pokie titles often included.

✅ Can I play Elk Studios pokies for free?

Of course, you can play Elk Studios pokies for free! Many online New Zealand casinos allow players to access games in demo mode and try them for free without spending any money. Remember that you cannot win money when playing in demo mode, but you can practice games without committing your bankroll.

💰 Can I get a casino bonus to use on Elk Studios pokies?

Absolutely! Many welcome bonuses and free spin offers at online casinos will cater to Elk Studios games. Remember to check the terms and conditions of any offer you wish to claim to see if it accepts Elk Studios pokies. Other bonuses may allow Elk and other pokie games to contribute up to 100% towards the wagering requirement.

🃏 Which New Zealand casinos are the best to play Elk Studios pokies?

To find the best casinos to play Elk Studios pokies, head to our list of the top New Zealand casino sites. Our review team tests online casinos to find the very best venues based on game selection, bonuses, security, payment methods, player safety, and much more.

Yes, many online pokies developed by Elk Studios feature free spins bonus rounds. You can trigger free spins and potentially win big prizes if you get the correct combination on reels. It is also worth noting Elk pokies offer a host of other features, like multipliers, special bonuses, and Avalanche wins.

🎰 Does Elk Studios offer any other games apart from pokies?

No, at the moment, Elk Studios is dedicated to making innovative online pokies focusing on mobile players. As the company continues to establish itself, there is a chance it may branch out into other types of casino games. However, Elk has not yet confirmed if this will happen or not.