We’ve seen Egyptian pokies and ancient Greek pokie games, but what about Mesopotamia? Once a dominant and powerful kingdom in the world, Mesopotamia has provided several cornerstones for modern society. The ... Read Full Review 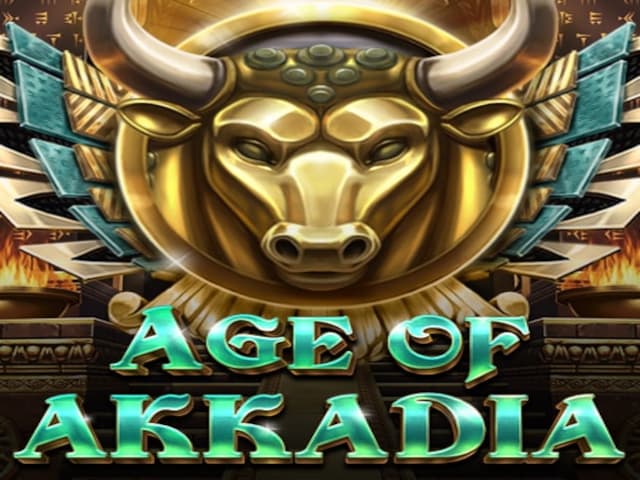 We’ve seen Egyptian pokies and ancient Greek pokie games, but what about Mesopotamia? Once a dominant and powerful kingdom in the world, Mesopotamia has provided several cornerstones for modern society.

The first ancient empire in that kingdom was Akkadia, centred around the city of Akkad. Often referred to as the first empire in history, Akkadia gave birth to Assyria and Babylonia after its fall. Its most powerful period has recently been immortalised in Red Tiger Gaming’s pokie Age of Akkadia.

A unique pokie in terms of theme and gameplay features, Age of Akkadia brings fresh gameplay mechanics to the table. For example, it uses a Match-3 engine instead of a fixed or revolving number of paylines. Some of its features are pretty well-known, including Cascading wins and Multipliers that can significantly boost your prizes.

Available in any Red Tiger top online casino, you can play Age of Akkadia for free or real money. It’s a nice departure from all the Egypt-Greece pokies that we’re sure you’ll love.

From the moment you lay eyes on the Age of Akkadia pokie, it’s obvious that it’s a unique title. Fire the pokie up, and you’ll be greeted by two bull columns, a common piece of Akkadian architecture. They flank the reels on a 5x5 grid, populated by ancient Akkadian symbols. Those include bulls, lions, and gryphons, along with the head of an Akkadian ruler.

Just like all Red Tiger pokie games, Age of Akkadia looks fantastic. The Middle Eastern tune in the background makes it even more immersive, providing a truly unique pokie.

The pokie is developed on the HTML5 platform, making it available across a range of devices. You can spin it on your Android smartphone or tablet or play on the go on your iPhone.

Ready to conquer kingdoms with your powerful Akkadian army? Place a bet between $0.10 and a whopping $500 per spin and hit the Spin button. You can use the Turbo feature to speed things up if you don’t want to wait for the animation to end.

The central feature in the base game is the Cascading wins. While this isn’t a Megaways pokie, you can expect symbols to disappear from the grid with new ones taking their place. This can create new winning combinations and will go on as long as there are 3 matching symbols on the grid horizontally or vertically.

High-paying combinations involving a Wild will leave the Wild in the middle of the reels for the next cascade. It can lead to even bigger win combos, and if there are several Wilds involved, you can expect a massive real money payout. The Wild is also the highest-paying symbol in the Age of Akkadia pokie, delivering a 10x payout for five of a kind.

When the symbols disappear from the grid on any spin, you’ll see that the background is full of the Akkadian alphabet. There’s a Winged Bonus stretching across the reels horizontally – if you manage to uncover it with a cascade, you get access to the Free Spins Round.

The Free Spins Bonus Round begins with 10 free games. If you reveal the Bonus letters during the feature, you can expect a retrigger with 5 extra spins. The Bonus Round uses a special grid, but the gameplay is nearly identical to the main game.

Of course, the Free Spins Round has been boosted by a special feature, in this case, Hidden Multipliers. Up to 3 can land on the grid on each spin, potentially boosting your wins up to x10 (for each one). Combined, they can boost payouts up to 30 times a player’s stake.

The Age of Akkadia pokie RTP is pretty low at 95.67%. That has been countered with medium volatility and plenty of features that can spice up your payouts. The maximum line win is 2,048 times your bet.

We love history-themed pokie games, but to be perfectly honest, we’ve had enough of Egypt and Ancient Greece for a while. Mesopotamian pokies are hard to find, making Red Tiger’s most recent release all the better. It’s a hybrid between classic and modern pokies with cool features and Multipliers that can greatly improve your payouts.

The Age of Akkadia pokie is a great trip through ancient history in a setting we rarely see. If you want to travel to a different empire than Egypt, it’s the pokie to pick. Claim the biggest No Deposit Bonus and head on an adventure now!

Who created the Age of Akkadia online pokie?

The Age of Akkadia online pokie was released by one of the most exciting studios on the market – Red Tiger Gaming. It’s the studio behind numerous hits, including the collaboration with NetEnt on Gonzo’s Quest Megaways.

The RTP of the Age of Akkadia pokie game has been set to 95.67%, which is lower than expected. Still, it’s a medium variance pokie with plenty of features that cover up the low RTP.

How low do the bets go in the Age of Akkadia pokie?

The lowest bet you can place on the Age of Akkadia online pokie is $0.10, perfect for beginners. If you’re a high roller, you’ll love the fact that the bets go as high as $500 per spin.

Is Age of Akkadia a Megaways pokie game?

No, it’s not, even though it features Cascading wins. Unlike the Megaways engine, wins in this pokie are formed by matching 3 identical symbols horizontally or vertically.

Does the Age of Akkadia online pokie have a jackpot?

No, it doesn’t. Don’t see that as a disadvantage, though. The maximum win per line is 2,048x your stake, bigger than some fixed jackpots we know of.

Is there a Free Spins Round in the Age of Akkadia pokie?

How does the Match-3 mechanic work?

The Match-3 is a new and unique pokie mechanic that doesn’t rely on paylines. As long as you have 3 matching symbols connecting horizontally or vertically, you get paid.

How do I unlock the Hidden Multipliers in the Age of Akkadia pokie?

The Hidden Multipliers spring into action randomly during the Free Spins Round. Up to 3 can appear on the reels in the Bonus Round, each one worth x10. In total, they can boost your payouts up to x30.

Which pokies are similar to Age of Akkadia?

When was the Age of Akkadia online pokie released?

The Age of Akkadia pokie was released on September 30, 2021.