Lewis Carroll’s novel Alice’s Adventures in Wonderland and its sequel Through the Looking Glass are nearly a few centuries old, and they are still an undying part of pop culture. Alice’s adventures ... Read Full Review 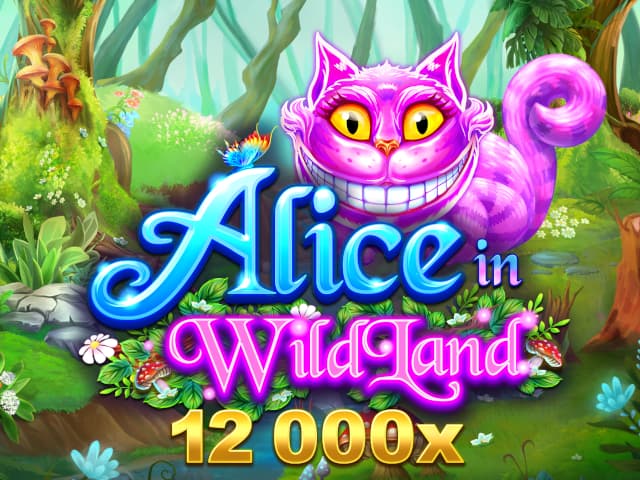 Lewis Carroll’s novel Alice’s Adventures in Wonderland and its sequel Through the Looking Glass are nearly a few centuries old, and they are still an undying part of pop culture. Alice’s adventures are commonly explored in a variety of media, including online pokies. The latest pokie in the long line of Alice adventures is called Alice in WildLand and will drop later this year on Microgaming’s platform.

Developed by SpinPlay games, the Alice in WildLand pokie will come with 40 paylines and two sets of 5 reels. With a fantasy theme and the book’s special characters on the reels, this is a trip down the rabbit hole you don’t want to miss.

Alice in WildLand’s pokie is a bit unorthodox, although not hard to understand. There are two sets of reels with a 5x3 setup. On the reels, you’ll find familiar characters from Lewis Carroll’s books, including the Cheshire Cat, Alice herself, and the White Rabbit.

Just because the Alice in WildLand pokie has two sets of reels doesn’t make the gameplay any different. You set your bet and hit the Spin button, hoping for high-win symbols to line up on the reels. There will be a few bonus features as well that can deliver the big bucks.

First up is the Copycat feature. It will be triggered by a full stack of Wilds on the 1st reel. The copycat Wild will then come into play, copying itself on the second reel. If the copycat Wild covers a bonus symbol, it will play the role of a Wild and Bonus symbol.

The pokie will also make use of another multiplying feature called Cheshire Multipliers. It is triggered by landing 2 wild stacks on the same reel on both sets, applying multipliers between x2 and x10 on your wins. With this feature, it’ll be possible to land several multiplier stacks for bigger payouts.

The Free Spins feature in the Alice in WildLand pokie will be accessed by 3+ Scatters. Those will bring you 10 free spins, and if you’re lucky to land 6 across both sets of reels, you’ll get 50.

The RTP of the Alice in WildLand pokie is 96.33%, which is solid for a medium-highly volatile pokie game. With 40 paylines in play, the maximum possible win will be set at 12,000x your bet.

Alice in WildLand will be a pretty wild pokie with unusual gameplay and great multiplier features. Take a gamble on it when released in our recommended online casinos and travel down a lucrative hole in Alice’s wild and crazy world.

When will the Alice in WildLand Pokie be Released?

The pokie is scheduled for release on September 28, 2021.