The André the Giant online slot is a five-reel, twenty-five payline game developed by NextGen Gaming, part of the NYX Gaming Group. This exciting slot is based on the career of the ... Read Full Review 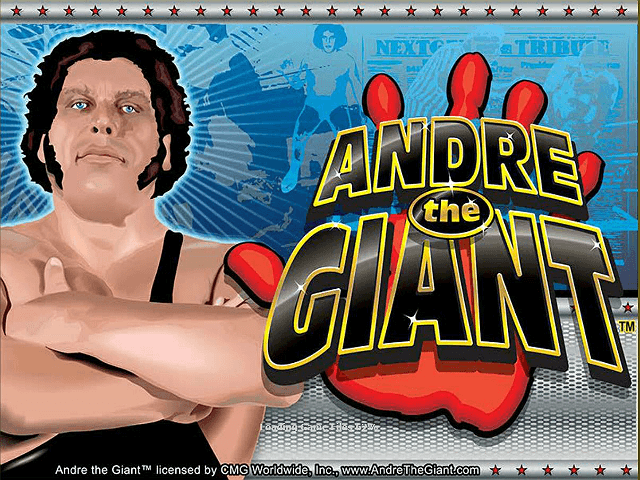 The André the Giant online slot is a five-reel, twenty-five payline game developed by NextGen Gaming, part of the NYX Gaming Group. This exciting slot is based on the career of the larger-than-life professional wrestler who made a huge impact in the ring as well as on the big screen, the one and only André the Giant. From famously feuding with Hulk Hogan to his Hollywood cameos to his 14+ year undefeated streak in the ring, André the Giant's legacy is long and full of quality memories. Read this André the Giant slot review to see if the online slot bearing this legend's name is worthy of a shot at the Championship belt!

A While On The Nile
Play Now

PayPal
Everyone has a type. Find your perfect pokie game match!
69
NetEnt
21
Fruit Machines
30
Progressive Slots
270
Video Slots
222
3D Slots
We use cookies to improve our service and to enhance your user experience. For more information, or to change your cookie settings, please click here