The Roman empire is one of the greatest war machines ever to exist. It is also known as one of the very first organized political systems, with a senate and elected ... Read Full Review 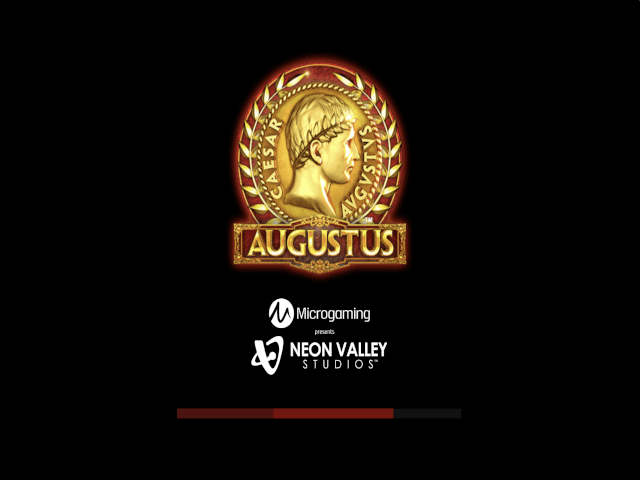 The Roman empire is one of the greatest war machines ever to exist. It is also known as one of the very first organized political systems, with a senate and elected rulers such as the great Augustus. The famous first Roman emperor has been the inspiration for a variety of books and movies, but now makes an appearance in a pokie that bears his name.

Developed by Neon Valley Studios exclusively for Microgaming, Augustus is a 5-reel pokie machine with plenty of surprises. The great leader is the face of the pokie game that has a solid math model and medium volatility. Thanks to special expanding symbols, the Augustus online pokie can deliver up to 1,000x your stake.

There’s plenty of wild action to enjoy along with solid returns. Augustus is a perfectly-designed Roman pokie machine that will surely end up as one of Microgaming’s all-time favourites.

The design and layout of the Augustus video pokies are nothing short of perfect. Microgaming has always been designing visually-impressive pokies and Augustus follows that example. The symbols are pretty nicely designed, and the main characters have a lifelike appearance thanks to the models used in the pokie.

The graphics are boosted by great animations that enhance the experience on any win. When it comes to the symbols, they feature familiar Roman Army insignia, Augustus himself, a few of his generals, and gold coins that trigger a special feature.

Wilds appear too, and may cover up to three positions on the reels. These can also form winning combinations worth 1,000 times your stake, which is plenty for even the pickiest online casino players.

Microgaming’s pokie machines are fully mobile-optimized, and Augustus is no exception. The pokie based on the famous emperor is fully playable on Android and iOS devices. Thanks to navigational shortcuts and mobile-optimized display, you won’t have trouble to spin its reels on the go.

How to Play the Augustus Pokie

The action in Microgaming’s latest pokie begins with setting the bet size. You can go for 0.2 to 100 coins per spin. The reels will turn with a great animation as soon as you hit the Spin button. In the base game, you’ll be hoping to land stacked wilds that can cover up to 3 positions and form wins worth hundreds of times your stake.

During the base game, you also get the opportunity to land gold coins bearing Augustus’ face. These are collected above the reels. Two Augustus golden coins will fill one spot and turn the reel beneath it fully wild for the following couple of spins. Multiple wild reels are also possible and can bring you nice returns since the wild is also the pokie game’s highest-paying symbol.

The Roman Shield scatter triggers the game’s free spins round where a few surprises await.

Three Roman Shields will trigger the game’s bonus round and give you a nice 2x scatter win before it. Before the round begins, you get to choose the number of free spins and the active features.

Choose carefully, as luck can strike anytime. Scatters on the reels during the free spins round can give you extra spins. Additionally, the character symbols can appear stacked during the bonus round, potentially boosting your wins.

Augustus pokie's RTP is a respectable 96.14%. That’s a tad higher than the industry average, and solid enough for a medium-variance pokie. The game has solid special features that can pay nicely. When it comes to the maximum prizing, it’s average at 1,000x your bet.

Microgaming’s homage to Rome first emperor is a solid pokie with an average top reward. It’s pretty entertaining to play and has a few great wild features. While the prizes won’t turn bricks into marble like the great Augustus did with Rome, it’s a pokie game with decent win potential.

Play it for real money right now, and you can win a bag of golden coins with the emperor’s face on them.