The Da Vinci Muse pokie was created by High 5 Games and has a famous historical theme reminding users of the great Italian polymath Leonardo da Vinci. It has a relaxing soundtrack ... Read Full Review 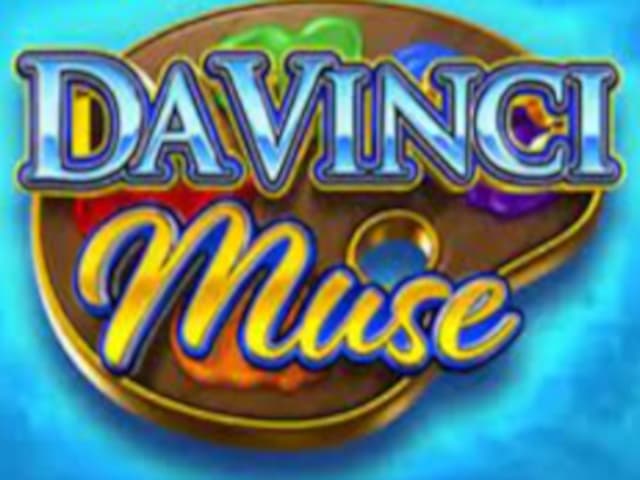 The Da Vinci Muse pokie was created by High 5 Games and has a famous historical theme reminding users of the great Italian polymath Leonardo da Vinci. It has a relaxing soundtrack played using string instruments, and the gameplay is based on the interaction between gemstones and portraits on 5-reel, 4-row gaming grid. Da Vinci Muse is also packed with extra features, like the Mona Lisa Wild, which multiplies the amount you can win per reel by 10x, and treasure chests, which serve as Scatter symbols.

With the soundtrack, cool features, and historical theme, it’s no surprise that players enjoy playing the Da Vinci Muse pokie for real money at the best online casinos.

Da Vinci Muse is an easy pokie to get to grips with, as everything is accessible quickly and in just a few clicks. You can choose your betting amount using the arrows in the bottom right corner of the game screen. Along the bottom, you’ll see your current balance and the amount you’ve won. You can bet as little as 0.20 or as much as 200 coins, meaning you can play the Da Vinci Muse pokie for real money even if you’ve not got much.

You can access further information by clicking the “+” button in the top right corner and then the “I” button. If you scroll down, you’ll see a complete list of the paytables for Da Vinci Muse.

You can also read about all the symbols and game rules that apply. You’ll find rules for the base game and the bonus game. One unusual feature on Da Vinci Muse is the acceleration button below the plus button – it allows you to skip the spinning process the reels go through so that you can bet again much quicker.

You can play the pokie for real money on the mobile version of the Da Vinci Muse spokieot. It will work on both iOS and Android devices without any complications or omitted features. There is no separate app for the pokie, but it works smoothly within mobile web browsers.

Bright and vibrant gems spin across the reels of the Da Vinci Muse pokie, and in between, you’ll see portraits of the Mona Lisa and Leonardo Da Vinci. These are Wilds, and the treasure chests that appear from time to time are Scatters. When you chain together a winning payline, the symbols pop out of the reels, and a blue line shoots across them, showing the payline. The amount you’ve won appears in gold on the base of the screen.

You can win large amounts of real money quickly by playing the Da Vinci Muse pokie because there are many ways to win.

If you activate all 5 reels on the Da Vinci Muse pokie using the Sticky Wilds feature, then you’ll initiate the Free Games Bonus. This deactivates the reels and gives you 10 free spins. These spins will play on the same lines and at the same bet per line as the game that initiated them. During the Free Spins Round, one reel per spin is replaced by the Mona Lisa, which acts as a 2x Multiplier. That means you can double any real money wins you make during these 10 spins.

Check out other casinos that offer Free Spins bonus to use them on the Da Vinci pokie!

There are no fixed or progressive jackpots in the Da Vinci Muse pokie, but the total amount you can win from it is 4,237 the stake you put in. The maximum amount you can bet is 200.00, and it gives you a great RTP of 96.00%. You can win a total of 847,400 credits if you win the maximum payout, which is equivalent to $847,400. That makes the Da Vinci Muse real money pokie a brilliant choice if you want to win big.

Is the Da Vinci Muse Pokie Great for Players?

Da Vinci Muse is an engaging pokie with plenty of exciting features to appeal to any player who loves European history. It offers high volatility and keeps you entertained throughout. Plus, the Mona Lisa Wilds, Scatters, and Multipliers ensure no spin is without a chance to win big. Similar real money pokies you can play at High 5 Games include Da Vinci Creations, where you get 6 reels and from 18 to 25 free spins. You can also pick Quadruple Da Vinci Diamonds, where the maximum payout is 5,712x the maximum bet. Have a look at our top online casinos' page to see more of the best pokie games with fantastic welcome bonuses and sign-up offers.

Can I play the Da Vinci Muse pokie game on mobile?

Yes, you can. It doesn’t have a dedicated smartphone app on iOS or Android systems, but it works well within a web browser.

What online pokies are similar to Da Vinci Muse?

The most similar pokies are ones that also feature the Da Vinci theme, like Da Vinci Creations or Quadruple Da Vinci Diamonds.

How do you win on the Da Vinci Muse online pokie?

To win payouts on the Da Vinci Muse pokie, you need to match appropriate symbols on one of the 20 given paylines. If you’re lucky and hit a Wild or a Multiplier across one of these paylines, your payout will be increased.

Yes, it is. There were no problems during our playthrough. It functions smoothly and looks delightful to the eye. You can win a payout within just a few spins even if you place a low real money bet.

What pokie symbols are in the Da Vinci Muse pokie?

There are gemstones on the reels, plus paintings including Leonardo Da Vinci and Mona Lisa. There are also treasure chests and a paint palette.

How many paylines does the Da Vinci Muse pokie have?

There are 20 paylines on Da Vinci Muse, which gives you 20 combinations where you can win real money.

Do I need to download the Da Vinci Muse pokie?

No, you can play it inside a web browser on any device. There will be no extra steps you have to take beyond that.

Should I always bet the maximum amount on the Da Vinci Muse pokie?

If you bet the lowest amount of 0.20 coins, some symbols like the diamonds are excluded. But they’re included from 0.40 coins and up, so you can place any bet between 0.40 and 200.00 coins without being concerned.

What is the maximum payout in the Da Vinci Muse pokie?

Is it easy to get the Sticky Wilds symbol on all 5 reels?

It’s a random feature, so it’s difficult to say whether it’s easy. But when we played it, we achieved it after a few dozen spins.