Yggdrasil has lately been focused on pokies with infinity reels and who can blame them? These pokies are way more fun than traditional slot machines thanks to the fact that there’s no ... Read Full Review 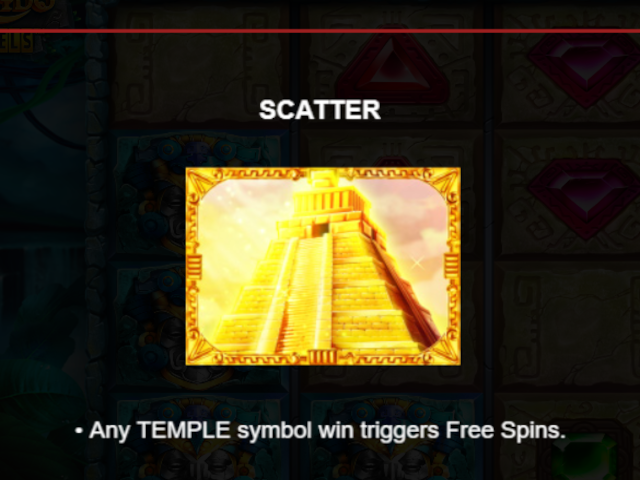 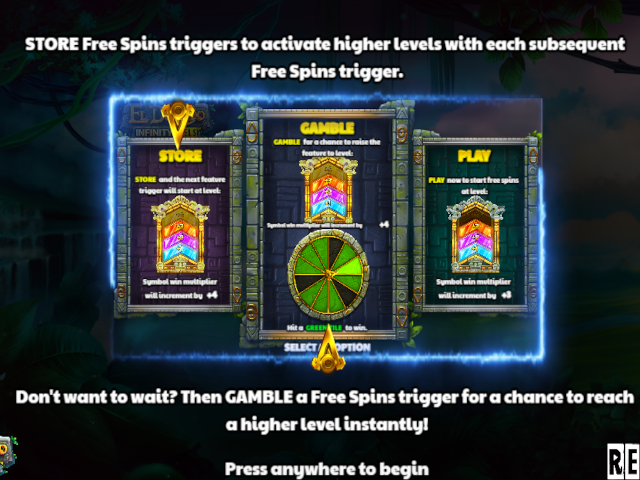 Yggdrasil has lately been focused on pokies with infinity reels and who can blame them? These pokies are way more fun than traditional slot machines thanks to the fact that there’s no fixed amount of reels to count on. The latest in the long line of these pokies is El Dorado Infinity Reels, a new pokie game powered by Relax Gaming and released for Yggdrasil.

El Dorado Infinity Reels offers thrilling action across an infinite number of reels. Its special features offer a great chance to get an inch closer to the real money jackpot which is truly worth its weight in gold.

The El Dorado Infinity Reels online pokie looks nothing short of amazing. We’re always impressed by Yggdrasil’s attention to detail and graphics, but this time the studio outdid itself. It’s a perfect audiovisual mix that will take you back in time to the ancient empire of the Muisca in modern-day Colombia. The animated symbols give the pokie a great touch, and the tribal soundtrack makes it even better.

In terms of symbols, the Wild Native substitutes all symbols except the ziggurat scatter. The scatter plays its usual role and pays in any direction if you land five or more of it. The symbol pays in the El Dorado Infinity Reels pokie are calculated by the number of participating symbols multiplier by their value on the paytable.

Just like the name explains, the pokie has an infinite number of reels, with each win adding one to the right.

Yggdrasil has always been big on mobile-optimized pokies and El Dorado Infinity Reels is no exception. You can play it on the go on your Android and iPhone without the need to download any software or app.

To start the pokie game, you will need to set your bet. You can choose as low as 0.20 and as high as 100.00 per spin. Each spin begins with 3 active reels, with a new one added to the right for every winning combination.

At the same time, there’s also a multiplier in action, going up by 1 with every win in the base game. When you hit a winning combo, the new extra reel is spun and may provide an additional win. If it does, a new reel is added and you’re essentially getting free respins with extra reels added to the right.

There’s no cap to the number of reels. That’s the pokie's most exciting feature and the thing that makes it so exciting. El Dorado Infinity Reels’ winning potential is boosted by a random jackpot worth 888x your bet which can be won on any spin that adds 12 or more reels to the right.

Three ziggurat (temple) scatters will give you instant access to the free spins round. There are four free spins levels, with every entry to the bonus round starting at level 1. Before it begins, players can store, play, or gamble their current free spins level. If you store them, you’ll head straight for level 2 the next time you trigger the bonus round.

If you choose to gamble them, you get a spin at a wheel where the level is incremented by one if the wheel stops on the green segment. Landing on any other segment means losing the current free spins level. If you choose play, you get 10 free spins starting at level 1.

Each level comes with higher multipliers – you start with x1, and go up to x4 depending on the level. Any temple symbol won during the free spins round gives you 4 additional free games. The El Dorado Infinity Reels pokie reaches its true winning potential in this round, where you can win over 6,000x your bet with the right multipliers.

The RTP of the El Dorado Infinity Reels pokie is pretty solid at 96.54%. It’s a pokie game with medium-high variance which means you can expect varied wins. The maximum you can win with the highest multipliers at the highest free spins level is 6,250x your stake.

Go on the hunt for the mythical El Dorado and you might unearth a golden chest yourself.