Genie's Touch is an Arabian themed pokie by Quickspin, released in 2016, and it's one of their best titles. The game has a Genie's Touch Feature that transforms symbols and helps you ... Read Full Review 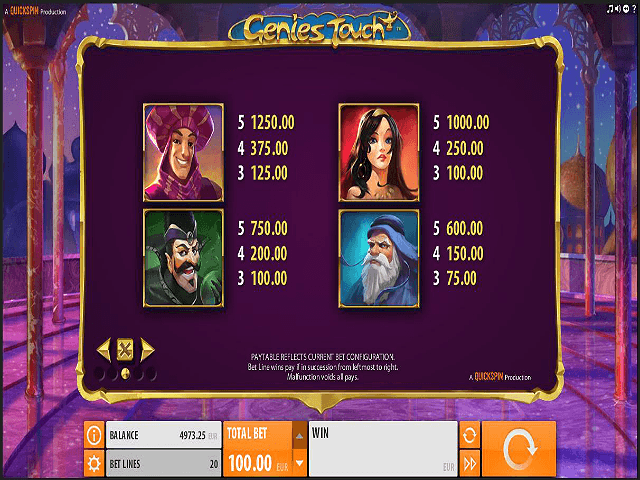 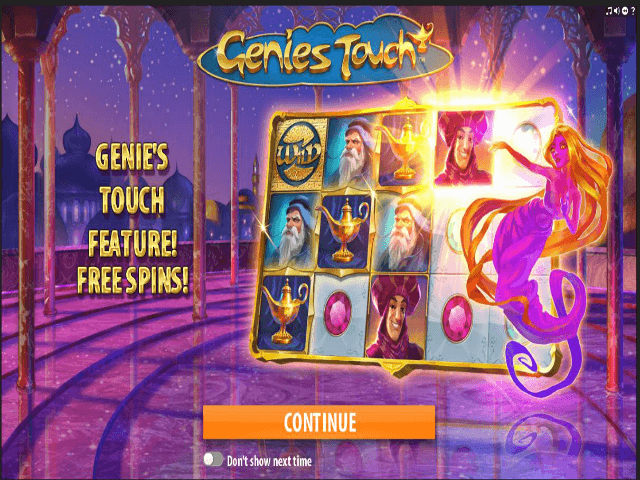 Genie's Touch is an Arabian themed pokie by Quickspin, released in 2016, and it's one of their best titles. The game has a Genie's Touch Feature that transforms symbols and helps you get multiple winning paylines, and a free spins game during which that feature is even more common. The game pays well and looks great!

If you like Genie's Touch, you'll love these pokie titles too!
Game types
Feature types

PayPal
Everyone has a type. Find your perfect pokie game match!
84
NetEnt
21
Fruit Machines
49
Progressive Slots
273
Video Slots
393
3D Slots
We use cookies to improve our service and to enhance your user experience. For more information, or to change your cookie settings, please click here