NetEnt’s flirt with branded pokies has always been a focus for the company. So far, the company has released pokies such as Jumanji, Guns N' Roses, and Universal Monsters, and that collection ... Read Full Review 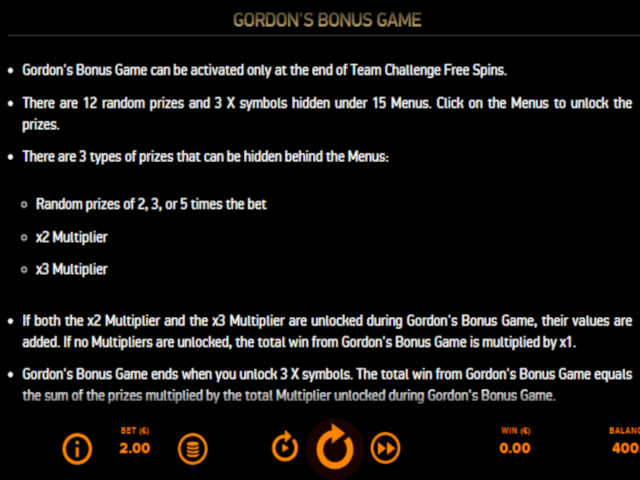 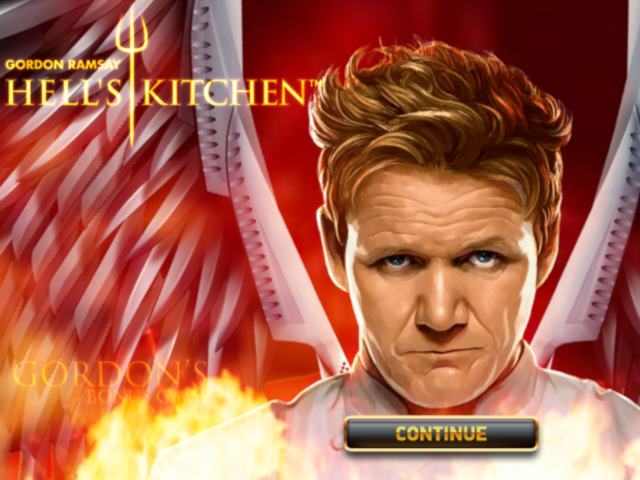 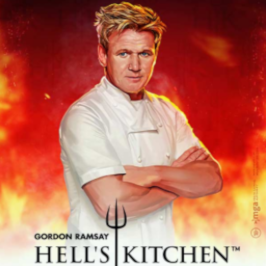 NetEnt’s flirt with branded pokies has always been a focus for the company. So far, the company has released pokies such as Jumanji, Guns N' Roses, and Universal Monsters, and that collection will be expanded with the Gordon Ramsay: Hell's Kitchen pokie. Announced at the ICE Games show in London in 2020, the pokie has finally hit the shelves and it’s everything players have been hoping for.

The foul-mouthed chef is the focal point of the pokie based on his successful TV show. You’ll find tasty meals on the reels and an exciting list of features that will spice things up a notch. Gordon’s Bonus Games adds a layer of gravy on top of the great gameplay in this low-volatility pokie fans of the show will love.

The good thing is that you won’t be called an idiot sandwich if you lose, which can also be a bad thing since we love hearing Gordon’s legendary remarks.

If we had to describe the looks of the Gordon Ramsay: Hell's Kitchen pokie we’d say it looks hip. This is a standard pokie with a 5x3 reel set, but the red neon lights and great graphics make it stand out in a sea of average-looking pokies. NetEnt has always impressed with visuals, and the Gordon Ramsay: Hell's Kitchen online pokie is further proof of it.

The TV show’s theme is nicely incorporated and unobtrusive in the background. You’ll hear the chef announcing certain features which is also a nice branded touch. In regards to the symbols, there are five low-win card royals, and of course, Gordon’s signature dishes that pay more. The Beef Wellington is the star of the show, paying up to 10x your stake for five of a kind.

The game’s symbol is the wild and acts in the way all wilds do. Gordon Ramsay himself is the scatter which triggers the game’s bonus rounds.
Release Date:
25/03/2021
Reels:
5
Rows:
3
Autoplay Option:

NetEnt is the top chef when it comes to mobile games just like Gordon Ramsay in the restaurant business. The Gordon Ramsay: Hell's Kitchen pokie is available on all mobile devices, no download required. It comes with an optimized interface that will make spinning those meal-struck reels with ease at top mobile casinos.

How to Play the Gordon Ramsay: Hell's Kitchen Online Pokie

To start the competition, you will need to place a bet first. Bets go between €0.20 and €400, which is a tad higher than other NetEnt pokies. Spin the reels and enter the competition to prepare tasty meals and hopefully avoid Ramsay’s insults.

The base game plays just like you’d expect to. However, the Gordon Ramsay: Hell's Kitchen online pokie comes with a total of 6 bonus features, first of which are Ramsay’s Wilds. These are randomly triggered on any base game spin, with the chef himself throwing knives and plates on the reels in accordance with his fiery temper. Those will stick in the form of 5-7 wilds which raise your chances to hit a big win.

All bets are off in the bonus round with 2 play areas and 2 teams competing for the ultimate prize – a pick’em game of multipliers and cash rewards.

To start the Team Challenge free spins feature, you need 3-4 Gordon Ramsay scatters. You’ll get 2 areas with 5 reels representing both teams. Before the round starts, you choose either the red or blue team.

On each spin in the free games bonus round, the pokie will present 1-3 random order up features. These may include 2x and 3x multipliers or the team wilds feature that adds 3-8 wilds on the reels. The Order Up features are colored either red or blue and apply to their respective areas. If your team of choice wins, you will get access to Gordon’s Bonus game when the free spins play out.

In this one, you get 15 menus to pick from with random cash prizes or multipliers. Just keep on picking until you uncover three X symbols. Your wins in this feature can be doubled or tripled, making it the top-paying bonus feature in the Gordon Ramsay: Hell's Kitchen pokie.

The RTP of the Gordon Ramsay: Hell's Kitchen online pokie is pretty average at 96.09%. This is a low volatility pokie which means it shells out wins pretty often. The maximum you can win is 1,000x your stake in the free spins round.

The Gordon Ramsay: Hell's Kitchen pokie is another great branded piece by NetEnt. While it’s a low-volatility pokie that pays lowly amounts of cash, it’s still a perfect homage to one of the fiercest and funniest chefs in our time.

We have only one quarrel with it – the lack of insults. Of course, NetEnt couldn’t have released a pokie with Ramsay’s fiery outbursts, but it would have spiced up the action in different ways.