Have you ever tried the vampire classic Immortal Romance by Microgaming? The 2009 pokie is one of the most popular of all time and still going strong over a decade later. We ... Read Full Review 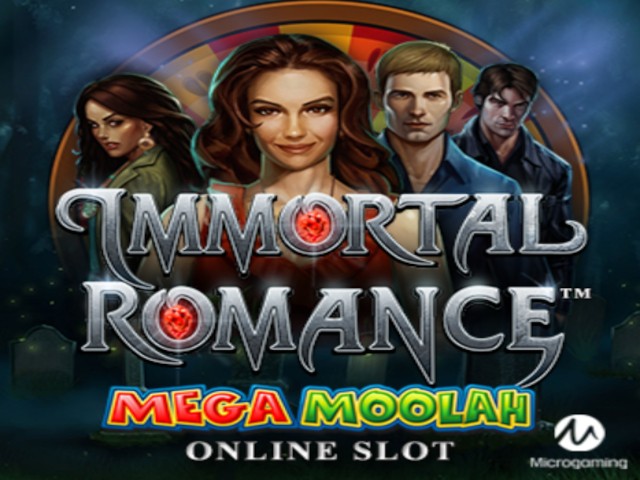 Have you ever tried the vampire classic Immortal Romance by Microgaming? The 2009 pokie is one of the most popular of all time and still going strong over a decade later. We can say the same about Mega Moolah, Microgaming’s legendary jackpot. The popular studio has decided to morph both pokies into one later this June with Immortal Romance Mega Moolah.

The Immortal Romance Mega Moolah pokie is a perfect blend of the best features of both pokies. Call it the best of both worlds. It will use Immortal Romance’s aesthetics blended with Mega Moolah’s fantastic payouts. It will be a unique pokie in its own right, so fans will surely be itching to try the mash-up.

How to Play the Immortal Romance Mega Moolah Pokie?

The Immortal Romance Mega Moolah online pokie will rely heavily on Immortal Romance’s mechanics. This is great news for fans of the pokie who won’t need a manual to play it. Of course, the graphics and design have been updated to fit the aesthetics expected of pokies in 2021.

All of the controls will be located to the right side of the reels for easy access. The other stuff should be simple – set your bet, hit the Spin, and enjoy the immortal vampire romance.

There are 9 bonus features in total, including free spins rounds, wild reels, x2 multiplier wilds, the famed Chamber of Spins and Wild Desire, all the character features, and the Jackpot Bonus wheel spin. Just like in Mega Moolah, this one’s triggered randomly on any spin and will give you a shot at one of the four massive jackpots.

Hit the Mega one, and you might become the next pokie millionaire.

The RTP for the Immortal Romance – Mega Moolah mash-up has been set at 93.4%. That looks a bit low for a high volatility pokie, but with 9 features in tow, it’s actually pretty on-point.

The mash-up of Microgaming’s two popular pokies will certainly be a fun pokie to play. It uses the best features from both pokies and blends them into a perfect mix that will excite fans of vampire lore and progressive jackpots.

We couldn’t be more excited about the pokie and the 9 bonus features it offers at our top online casinos.

When Will the Immortal Romance Mega Moolah Pokie be Released?