Developed by Microgaming, Mega Moolah is a legendary progressive pokie that has entered the record books. Known as a progressive pokie with the biggest jackpot, the safari-themed pokie is plenty of fun ... Read Full Review 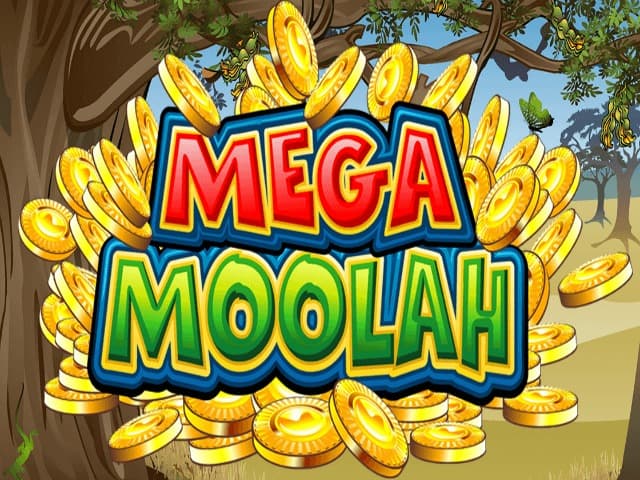 Developed by Microgaming, Mega Moolah is a legendary progressive pokie that has entered the record books. Known as a progressive pokie with the biggest jackpot, the safari-themed pokie is plenty of fun and extremely lucrative.

One of the (if not the) biggest game studios, Microgaming, has been known for its lucrative pokies. None does it better than Mega Moolah, though, the safari-themed wonder pokie with four progressive jackpots.

Progressives work in real money mode only – that’s how the pokie was intended to play. Since you can win millions of coins on a single spin worth only a few pennies, giving the Mega Moolah pokie a try is a no-brainer.

At first glance, nothing indicates that Mega Moolah is such a high-paying pokie machine. It has 5 reels and 25 paylines, and a rather common design and layout. Animals occupy the reels themselves, which fits the safari theme.

The cartoonish graphics still look great after almost 15 years since the pokie's release. The king of the jungle himself plays the wild’s role, but the highest-paying symbol is the elephant (apart from the wild and scatter). Five on a payline of these will bring you a reward worth 30 times your stake.

However, the king shouldn’t be underestimated since all wild wins can double your payouts.

Mega Moolah was released in 2006, but that doesn’t mean it’s not available on mobile devices. It’s a pokie that can be enjoyed on any Android or iOS smartphone or tablet with ease regardless of the screen size.

No need to download it – you can play the pokie game straight from your browser at our recommended mobile casinos.

How to Play the Mega Moolah Progressive Jackpot Pokie

Playing the Mega Moolah pokie is very straightforward. To begin, you’ll need to adjust your bet size and the number of paylines. There’s a total of 25, and you can set as many as you want to be active per spin. When it comes to the bets, you can choose between 0.01 to 6.25 per line. While the pokie is suitable for beginners, higher bets mean bigger chances to hit the jackpot.

Microgaming’s titles have always been simple and fun to play, and that’s the case with Mega Moolah as well. The pokie can be enjoyed by all types of players including beginners. Hit the Spin button to make the reels turn. The wild will double your wins and you’ll score the most with the elephant symbols.

The base game is pretty simple – the true highlight of Microgaming’s hit are the four progressive jackpots that can be won randomly on any spin. There’s also a free spins feature that can nicely boost your winnings.

To get to the free spins round, you’ll need at least three scatters. You will get 15 free spins to begin with all wins during that round tripled. The good news is that you can retrigger the feature, allowing you to win even more.

What makes the pokie so exciting are definitely the four progressive jackpots. These start at a certain amount and can grow with no limit.

The Mega jackpot has already made dozens of players millionaires, and the next one could be you. As mentioned, the higher your bet is, the bigger the chances of hitting one of these jackpots. This can happen randomly on any spin in the base game. When it does, you spin a jackpot wheel that will stop at one of the four jackpots. If you’re lucky, it’s going to be the Mega jackpot.

The Mega Moolah pokie machine has an uncharacteristic RTP of 88.12%. Don’t let that fool you – the pokie's four progressive jackpots raise the RTP sky-high when you play for real money.

Mega Moolah is a medium-volatility pokie, so you can expect to win solid sums of cash. The maximum payout potential not including the jackpots is 11,250 coins in the free spins round.

One of the biggest Microgaming hits is not so popular without reason. While the base game is not that impressive, the pokie comes with four progressive jackpots that can be won randomly on any spin.

In the free spins round, you can win up to 11,250 coins thanks to an x3 multiplier. If you’re lucky and you max out your bets, though, you can hit the Mega jackpot and become the next pokie millionaire at one of our top-rated online casinos.

How much does the Mega Jackpot in Mega Moolah start at?

Who is the developer of Mega Moolah?

What casinos can I play the Mega Moolah Slot at?

Mega Moolah is available to play at all of the best casino sites – of which you can see who our independent casino experts rate right here. You will also get access to the best lists of deposit bonuses and much more.

Would you recommend Mega Moolah as a good slot to play?

Yes, Mega Moolah is a thoroughly enjoyable slot game for the player to enjoy and with four progressive jackpots available to win, the possibility of landing some real money returns are high! It is one of the most popular progressive jackpot games ever for a reason and life-changing sums of money can be won from the massive jackpots on offer.

When was Mega Moolah released at the online casinos?

Mega Moolah was originally launched back in 2006 and then relaunched in 2012.

What slot games are similar to Mega Moolah?

Given the possibility for some massive returns if landing one of the four jackpots, especially the Mega jackpot which has paid out as much as $19 million before, Mega Moolah is quite a unique game and in a category with few others. In terms of other Microgaming offerings worth checking out, Major Millions and Wheel of Wishes both come highly recommended by our experts.

Can I play Mega Moolah on my mobile device?

Yes! When Mega Moolah was relaunched in 2012, it was optimised for playing on mobile devices and has been kept up to date with the best online software ever since. So you have the chance to win some huge, life-changing returns when on the go!

What special features are available on Mega Moolah?

One of the top features on Mega Moolah is the ability to win one of four different jackpots. Added to that exciting proposition, there are free spins rounds in which you can win more than $11,000 thanks to a 3x multiplier. This is a game for those who want the chance to win a massive amount of money at one of the top online casino sites!

How much is it possible to win playing Mega Moolah?

The money you can win on Mega Moolah depends on the amount on the jackpots at the time you win them. The highest ever jackpot won in the game totalled almost $19 million back in 2018!

Are there any demo versions of Mega Moolah to play for free?

Yes, as with all of Microgaming’s top slots, you can play a demo version of Mega Moolah online – although you will not have the opportunity to win any of the four jackpots unless using real money!

What is the RTP when playing Mega Moolah?

The return to player percentage on Mega Moolah is 88.12%. Don’t let that lower than normal number fool you – the slot’s progressive jackpots raise the RTP sky-high when you play for real money.