If you love pokies and jackpots as much as we do, there’s no chance you haven’t heard or played Mega Moolah. The legendary progressive jackpot pokie has enjoyed several reincarnations, which were ... Read Full Review 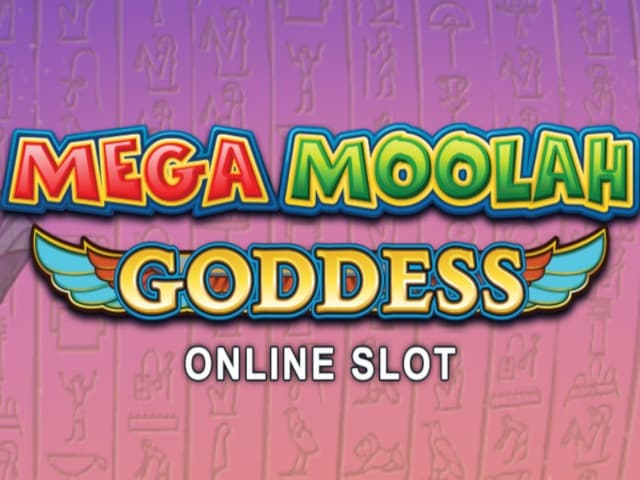 If you love pokies and jackpots as much as we do, there’s no chance you haven’t heard or played Mega Moolah. The legendary progressive jackpot pokie has enjoyed several reincarnations, which were just as successful as the original. One of the earliest sequels was Mega Moolah Isis, taking the wild safari to ancient Egypt. The 2009 hit jackpot was just remastered by Microgaming in Mega Moolah Goddess with a few new features and fresh ways of hitting a huge jackpot.

In more ways than not, this is the same pokie released back in 2009. There are a few upgrades here and there to make it more modern and appealing to new players. The graphics have obviously been sharpened to meet today’s standards, with the mechanics staying mostly the same.

In visual terms, not much has changed in Mega Moolah Goddess. This is a 5-reel, 25-payline pokie with an obvious ancient Egypt theme. More specifically, the pokie is dedicated to Isis, one of the major goddesses in the ancient Egyptian religion. She was a goddess of magic and wisdom, and her magical presence is felt on the reels of the Mega Moolah Goddess pokie, where she can deliver truly big wins.

As mentioned, the graphics have been updated this time around. Mega Moolah Goddess looks and feels better than its predecessor. The reels are set against a background that shows the pyramids. The pokie's tunes can be described as epic, with cool sound effects on wins and feature triggers.

The controls are in their usual spots, so you shouldn’t find it hard to spin the pokie regardless of your device.

The Mega Moolah Goddess pokie is available on Android smartphones and tablets as well as iPhones and iPads. During our review, it performed flawlessly across all mobile devices, with the layout adapting to the size of the screen easily.

How to Play the Mega Moolah Goddess Pokie Game

Before you start this ancient Egyptian magical adventure courtesy of Microgaming, you will need to place a wager. Your options go between $0.25 and $25 per bet, pretty solid for a jackpot pokie. Hit the Spin button when ready or use the Autoplay to set between 10 and 100 automatic free spins.

There aren’t that many features active in the Mega Moolah Goddess online pokie. The base game plays just like you expect it. Lining up high-paying symbols such as the Eye of Ra pays up to 80 times your stake for five on a line.

Isis herself is the game’s wild, landing across all reels to replace symbols in winning combinations. She also doubles your payout in this case, which can lead to some great returns.

The main highlight of the Mega Moolah Goddess slot is the Jackpot Bonus. It can be triggered randomly on any spin in the base game. You get a spin on the bonus wheel that can deliver 1 out of 4 jackpots:

These four jackpots are the core feature of all Mega Moolah pokies, and they’re also present in this one. The best part of it all is that they’re progressive, so you can expect those numbers to grow bigger.

The free spins round in the Mega Moolah Goddess pokie game can be triggered by 3 or more Eagle scatters. They also pay an instant cash prize – you’ll get a whopping 600x payout for five on a line. A maximum of 5 scatters will deliver 30 free spins, more than enough for a great experience.

What’s even better is that the free spins round starts with a sky-high multiplier count. Every winning combination is boosted by an x6 multiplier, with 3 scatters giving you another round of free games. Thanks to this feature, you can earn up to 60 free spins with an active x6 multiplier that can deliver truly massive wins.

The RTP of the Mega Moolah Goddess pokie is only 93.3%, pretty unusual for a highly volatile pokie game. However, it is usual for a progressive jackpot where you can randomly win life-changing rewards.

The updated version of Mega Moolah Goddess makes the fan-favourite ride high once again. Not much has changed from the 2009 version, which is good. The visuals have been updated, and Microgaming has made a few slight changes that make the pokie better than ever. Play Mega Moolah Goddess for real money at one of our top online pokie sites, and you can enjoy wins as magical as Isis herself.

The Mega Moolah Goddess pokie is developed by Microgaming. The Isle of Men studio is the best progressive jackpot developer in the business, as seen in the Mega Moolah jackpot series.

Is this a new entry in the Mega Moolah series?

No, Mega Moolah Goddess is a remaster of the Mega Moolah Isis pokie. It was released back in 2009 and remastered for the new era in 2021.

If you play the pokie for real money, you can win well over 2,000 times your bet in the free spins round. However, the big bucks in Mega Moolah Goddess are delivered via the jackpot bonus.

Does the Mega Moolah Goddess online pokie have a jackpot?

Yes, as a matter of fact, it has four. All of them are progressive, with the Mega one delivering the highest possible wins.

No, Mega Moolah Goddess is not a Megaways-branded pokie. However, it can pay similar or bigger rewards, especially with the jackpots.

Does the Mega Moolah Goddess pokie have free spins?

Yes, the Mega Moolah Goddess pokie has a free spins round. It is triggered by 3 or more scatters, which come with an x6 multiplier that can deliver massive wins.

What’s the minimum bet I can place in Mega Moolah Goddess?

The minimum bet in the Mega Moolah Goddess pokie is set at $0.25 per spin. That’s perfect for new players who can hit the jackpot randomly with such a low bet.

How big is the Mega jackpot in Mega Moolah Goddess?

The Mega jackpot seeds at $1,000,000 and often grows several times higher. You can win it all on a single spin.

Can I play the Mega Moolah Goddess pokie on mobile?

Yes, you can. The Mega Moolah Goddess pokie has been updated for the new online pokie era and optimised for Android and iOS devices.

That’s up to you to decide. We have collected the best Microgaming online casinos in one spot, right here at PokieSource, so take your pick and enjoy spinning the fan-favourite progressive jackpot.