Train heists have been depicted in a variety of media. From Wild West comic books and movies to Wild West pokies trains are always a fun theme. Relax Gaming certainly thought so ... Read Full Review 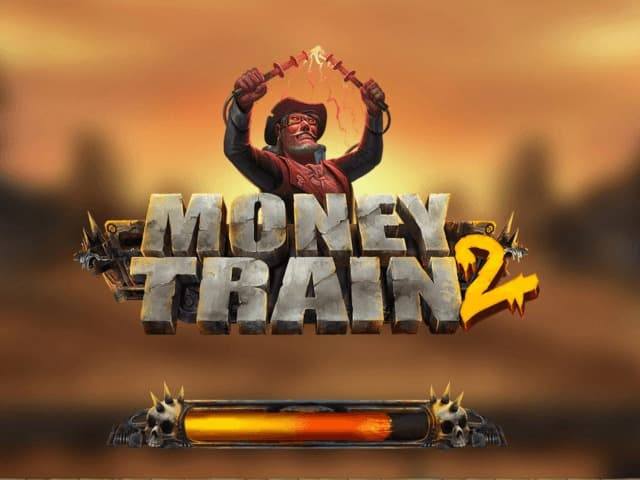 Train heists have been depicted in a variety of media. From Wild West comic books and movies to Wild West pokies trains are always a fun theme. Relax Gaming certainly thought so when they decided to create a sequel to one of the most successful pokies Money Train.

Titled Money Train 2, the sequel is bigger and better than its predecessors in many ways. It has a higher RTP and a great max win, and of course, is incredibly exciting. The Money Train 2 pokie perfectly captures the thrill of train robberies but has mixed a few cyberpunk elements as well.

Play Money Train 2 for real money and get in on the action – it’s as wild as it gets.

At first glance, this is a very simple pokie. It has 5 reels, 40 paylines and a set of reels placed against a background of a train car. The 5x4 grid allows 20 symbols on it, with steampunk male and female robbers leading the way.

To the left, there’s the buy bonus feature that raised the RTP up to 98% and guarantees nice wins. The four characters are high-paying symbols, offering up to 20x your stake. Stylized steampunk card royals pay four times less than that at the max.

Just like all big developers, Relax Gaming is a mobile-first studio. As a result, the Money Train 2 slot machine is available at the best mobile casinos on all Android and iOS devices regardless of the screen size.

You can spin the steampunk reels with ease on the go, no download required.

How to Play the Money Train 2 Online Pokie

Before you start the Wild West adventure, you’ll need to set your bet first. The options range from 0.10 to 20 coins per spin. Spin the reels and you’ll be hoping to land five necromancers in the base game. This symbol pays 20x your bet.

The other symbols pay less than double of that. The wild, which is a stylized metallic skull, pays 20x your bet as well and substitutes for any other symbol on the reels for payline wins.

The main feature in the base game is the respin. It is triggered by two bonus symbols anywhere on the reels. As soon as they land, they will both reveal a multiplier which are then added together. Non-winning spins raise the multiplier by +1 and the feature continues until the wins stop.

For higher and better prizes, you’ll be hoping to get to the free spins round.

Land three or more bonus symbols on the reels to start the Money Card bonus feature. The triggering symbols will reveal a multiplier value between 1x and 10x and give you 3 respins as well. If you’re lucky to land another bonus symbol, its multiplier will be added to the previous ones.

During this free spins bonus round, special gold symbols can reveal cash prizes up to 200x your stake. The character symbols come into play as well, each one revealing a unique wins-boosting feature. The Necromancer, for example, adds a multiplier to your wins and brings back up to 7 bonus symbols back to life. The Collector gives you another respin and reveals a value added to the other bonus symbols, while the Payer reveals a multiplier added to all visible symbols.

Thanks to the special characters, you can get a nice boost to your wins in the Money Cart bonus round.

Money Train 2 by Relax Gaming has an RTP of 96.4% which is a bit above the industry average. Its maximum winning potential is 50,000x your bet which is great news for all players, particularly if you're playing with an online casino's welcome bonus.

Keep in mind that its volatility is high, so don’t expect frequent massive payouts.

A great steampunk-themed pokie combined with a train heist, Money Train 2 by Relax Gaming is an excellent addition to Relax’s library. It features great special features that can bring you up to 50,000x your stake and is quite a fun pokie game to play.