Pied Piper is a 5x4 Quickspin pokie with 40 fixed paylines, and it features stacked walking Wilds and a free spins game. Even with many Wilds on the board the game doesn't ... Read Full Review 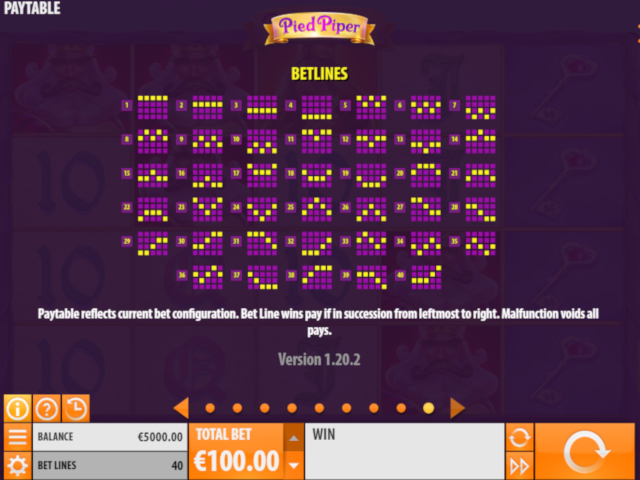 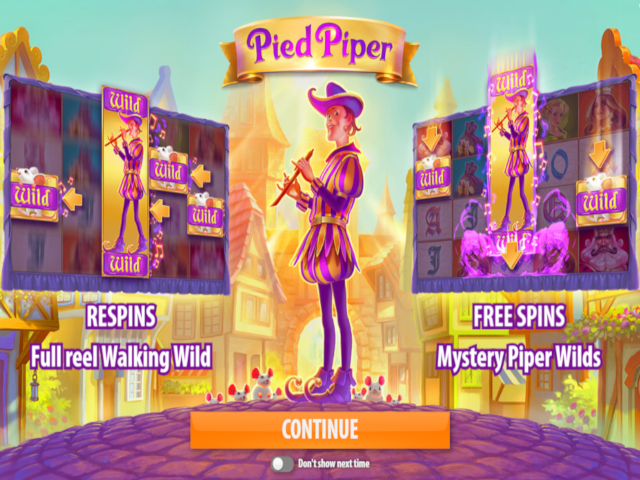 Pied Piper is a 5x4 Quickspin pokie with 40 fixed paylines, and it features stacked walking Wilds and a free spins game. Even with many Wilds on the board the game doesn't pay that often, though the animations are beautiful. The game is based on a bedtime story of Pied Piper who saved the city of Hamelin from rats, but then the city refused to pay so Piper led all the children out of the city as well.

If you like Pied Piper, you'll love these pokie titles too!
Game types
Feature types

PayPal
Everyone has a type. Find your perfect pokie game match!
81
NetEnt
21
Fruit Machines
49
Progressive Slots
273
Video Slots
359
3D Slots
We use cookies to improve our service and to enhance your user experience. For more information, or to change your cookie settings, please click here