If you fancy the iconic sights and symbols that make London one of the most recognised cities in the world as well as playing online slots, then you will love the Royal ... Read Full Review 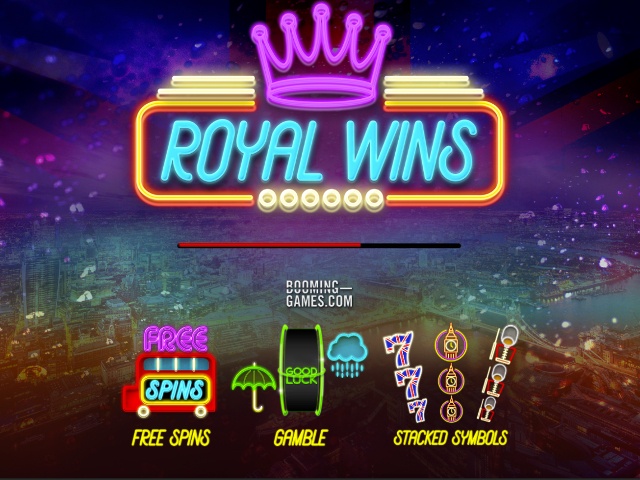 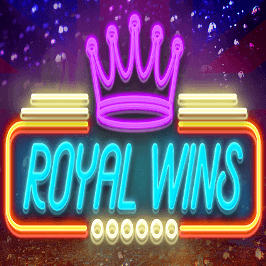 If you fancy the iconic sights and symbols that make London one of the most recognised cities in the world as well as playing online slots, then you will love the Royal Wins slot. This game incorporates everything that makes the city, and perhaps the country of England as a whole, a sight to behold. Booming Games is the name of the software developer behind this video slot and they have done a pretty good job in creating an appealing slot based on Britain’s capital city. The Royal Wins slot was released just at the end of 2017, so you can expect it to have some pretty modern features as well as mobile responsiveness.

Royal Wins is a 5-reel, 20 payline video slot with with crisp and clean graphics, accompanied by immersive sounds and a great story line. The game seems to be mimicking the London nightlife with neon lights on the reels as well as in the background. Players will see some of the classic icons that make London so unique, including the Big Ben and red double-decker buses. Players can start playing for as little as 0.01 per line and as much as 10 per line. This means the minimum you can bet is 0.20. There is a handy Max Bet button to quickly bet the maximum amount of 200. After you have set your wager, it’s time to hit the green spin button to set the reels in motion. For your convenience, you can automatically spin the reels up to 100 times using the Auto Play function.

Slot machines would not be complete if they didn’t have special symbols that allowed players to earn themselves some bonus prizes in the games. The red double-decker bus is the scatter symbol and one of the most valuable symbols. Not only does it grant you up to 2000x your initial stake, it also grants you 10 up to 10 free spins. The Big Ben symbol represents the wild and can substitute any symbol to complete a payline, except the scatter. Other symbols include three 7's that have the UK flag masked on them, an umbrella, a cloud symbol with rain, and the Beefeaters Underground sign. The game also features stacked symbols that compensate for the low payouts given by the lower value symbols. All in all, the Royal Wins slot is a pretty neat slot that has the potential of earning you some pretty big wins – or should we say royal wins.