Just like the majority of kids around the globe, we have to admit that we loved the WWE of the past. Legendary wrestlers such as Hulk Hogan and the Undertaker have left ... Read Full Review 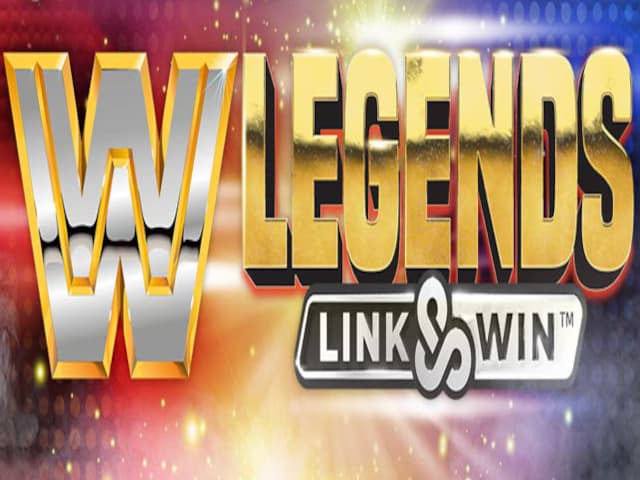 Just like the majority of kids around the globe, we have to admit that we loved the WWE of the past. Legendary wrestlers such as Hulk Hogan and the Undertaker have left a lasting imprint in our minds. The WWE is still going strong and is a big part of many subcultures. It has been featured in the iGaming industry as well, with the latest pokie released based on it has just arrived.

Developed and released by Microgaming, WWE Legends: Link & Win is a stunning new pokie that features some of the biggest wrestling legends. It’ll take you back into the ring for another round of fantastic fights. While the pokie obviously aims to appeal to WWE fans, it’s got great technical stats that make it even better.

The high RTP and variance paired with huge winning potential make WWE Legends: Link & Win a great and colourful adventure. Put your spandex on and head to your favourite Microgaming casino – the pokie’s available for free and real money.

As expected, the WWE Legends: Link & Win pokie is set inside a massive WWE ring. Lights in different colours hit it from different angles, creating an atmosphere typical for the WWE brand. Microgaming and All41 Studios have done a great job with the graphics and the audio, with an announcer that tells you what’s happening in the ring.

The animated symbols of major wrestling stars doing their best moves are a pretty great touch. To the left, you’ll see a column with the Link & Win jackpots that you can hit under specific conditions. In terms of theme, WWE Legends: Link & Win has totally nailed things down.

When it comes to the symbol payouts, Stone Cold Steve Austin pays the most – 20x your stake for five on a line. There are 4 character high-win symbols joined by four-card royals that pay significantly less. Of course, the pokie also comes with a Wild and a Scatter.

The WWE Legends: Link & Win pokie has been developed on the HTML5 platform. It’s easy to play on Android and iOS mobile devices without the need to download the pokie app first.

The action begins when you place your bets down. You can go as low as $0.10 per spin and as high as $20. There are 25 paylines to win across, with the Wild helping you complete win combos. It shows the WWE logo, with the Scatter showing one of the belts.

In the base game, the action is fairly standard, with a few surprises. Look out for the coin symbols – those are important because of the Link & Win feature. With this feature, you can land various modifiers or even one of 4 fixed jackpots.

Other than that, you can respin any of the 5 reels for a prize on any spin. All the others will be locked into place, which may lead to stunning win combos. The animated symbols make the base game a pretty wild ride, but all of it is even better when you get to the Bonus Round.

To get to the Free Spins Round, you’ll need at least 3 Scatters. You get 3 extra spins with the middle reels merged into a big one. All big symbols that land on the reels in the Bonus Round count as 9 symbols. If you land a big Scatter, it counts as 1.

All of the WWE Legends: Link & Win pokie features are active in the Bonus game. You can still land Link & Win jackpots if you land 6 coins. At this point, you get 3 spins on a special set of reels. Any new coin symbol that lands on them resets the number of spins to 3. Fill the screen with coins, and they can reveal Multipliers or Jackpots beneath them.

There are four fixed jackpots in total, with the largest one, Champion, paying 5,000x your bet. If you don’t want to wait for the Link & Win feature to come naturally, you can buy the Bonus feature for a prize worth 60x your bet.

If you’re a WWE fan, you’ll love what Microgaming’s WWE Legends: Link & Win pokie offers. It’s a wrestling bonanza with the Link & Win feature adding thrills to an already great show. With other modifiers in play as well, this is a pokie WWE fans shouldn’t miss at the top online pokie sites.

The WWE Legends: Link & Win pokie game was developed by All41 Studios for Microgaming’s platform. It’s not the first collaboration between the two studios – All41 has also worked on Book of Atem and Shamrock Holmes Megaways.

You can place bets between $0.10 and $20 per spin in the WWE Legends: Link & Win pokie. That’s a range solid enough for both new and experienced players.

Which wrestlers can be seen on the reels of the WWE Legends: Link & Win online pokie?

The pokie features the likes of Steve “Stone Cold” Austin, Booker T, Jerry Lawler, Randy “Macho Man” Savage, and Eddie Guerrero. The legendary Austin pays the most out of them all.

How does the WWE Legends: Link & Win feature work?

The Link & Win feature has been used in several Microgaming pokies so far. To activate it, you must land 6 golden coins. You then get 3 spins when the feature begins with various modifiers or jackpots hiding beneath them.

Does the WWE Legends: Link & Win pokie have a jackpot?

Yes, it has 4 fixed jackpots on offer. Those can be won during the Link & Win feature. The maximum jackpot is called Champion and is worth 5,000x your stake.

Can I play the WWE Legends: Link & Win pokie for free?

Yes, you can. You can find the demo version of the WWE Legends: Link & Win pokie to play for free.

Is the WWE Legends: Link & Win pokie available on iPhone?

Yes, it is. The pokie is developed on the HTML5 platform, allowing you to spin it on the go on both Android and iOS devices.

Microgaming has set the WWE Legends: Link & Win pokie RTP to 96.40%, which is over the average for highly volatile titles.

When was the WWE Legends: Link & Win pokie released?