What is RTP for Online Pokies? Return to Player Percentage Explained

RTP stands for Return to Player. If you’ve ever played at an online casino or if you’re new, this is a term that you need to get familiar with and understand how it works.

Each pokie has an RTP percentage and this highlights the rate of the return that the game will offer them over a large sample of spins. Generally, players should be looking for as close to 100% as possible.

However, there are a few caveats and it’s not always as black and white as a simple percentage. Throughout this article we will look at how RTP works, why it’s applied to games like online pokies and what you need to do to find the best games possible whilst noting RTP rates at top online pokie sites.

Return to Player percentages is something that is applied to a range of casino games, and pokie games are no exception. It states the amount that a casino would payback to a player over a vast number of hands or spins on a pokie machine. Each game will signify a number up to 100% and this is the amount of money that gets paid back for each hand.

👀 For example, you might have a casino game that has an RTP of 95%. The casino is saying that the game will pay back 95% of whatever it takes. So, if you were to bet NZ$1, on average you would get 95c in return.

One of the key things to note with RTP is that these percentages are based on millions of hands or spins. You aren’t simply going to place a NZ$1 bet and each hand you lost 5c or else the game would be pointless.

For the vast majority of players who play games that are rated from 90% up to 98% (about as high RTP rates go), they would be hard pushed to be able to distinguish between a game that pays the lower and upper ends of this scale.

A casino on the other hand might have thousands of players across hundreds of games playing millions of hands a day. Over this sort of scale, RTP rates will play a huge role in how profitable certain games are.

However, we will add that even though splitting the difference is hard, it’s still in the players best practice to shoot for games that have as high an RTP as possible. Limiting even the smallest of margins over the casino is imperative!

How is RTP Applied to Pokies? How to Find a Pokie’s RTP?

All pokies will come with an RTP percentage attached. It’s a massive part of how they work and essentially, how they become profitable at online casinos and mobile casinos.

Pokies come with highly complicated algorithms attached and with it are random number generators which makes the games exciting. They are set up to allow winning spins at points, but they must take as much as they give to make a profit.

🔊 As we mentioned earlier, if a pokie with a 95% RTP paid 95c every time NZ$1 was staked, they would be very boring. The RTP, therefore, needs to work with the random number generator to create an exciting game and one that allows players to win some of the time.

You can find an RTP rating for a pokie within the game information once you load that pokie. This should be highlighted around the data on paytable and winnings lines.

If it’s not there, most of the time you can simply Google the name of the pokie along with the term “RTP” and it will appear in the search rankings. Alternatively, you can contact either the casino or the game provider directly.

House edge is another common phrase that is spoken about with casino games. This is basically where someone is referencing the edge that the casino has over the player for a game or even a specific bet within a game.

The term is more commonly associated with table games, such as blackjack and roulette. Different bets within each of these games and even different table rules of the games will have different house edge percentages. 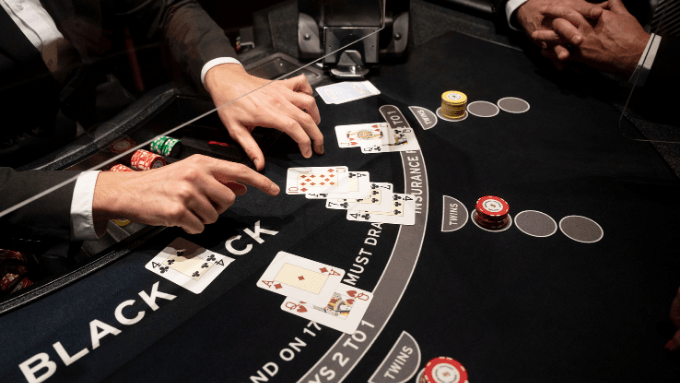 When we compare the house edge and RTP, we are referencing the same thing, but in reverse. So, where people would say that a pokie has a house edge of 3%, it would mean the same thing as saying that the pokie had an RTP of 97%.

Online Pokies with the Highest RTP

A good practice to get into is to find games that can offer a high RTP. As we have mentioned, all pokies will highlight what this number is and it should be fairly easy to find these games.

👇 Below we have listed a range of online pokies that have very high RTP percentages. Our list includes games rated as 97% RTP. As you can see, they go up over 99%, but these games are rare, with most being around the 95-98% mark.

What is Volatility in Relation to Online Pokies?

Volatility is just as important as RTP and it plays a big role in how an online real-money pokie plays out. Where RTP gives us a number that the casino will make over a massive sample of spins, volatility highlights how the game will play out to get that number.

The biggest difference is that to get a true RTP you might need to spin millions of times within an online pokie. Volatility can be affected within just a handful of spins and this plays a much bigger part in how pokies work in the short term, compared with RTP.

A good analogy of volatility is that it controls the frequency of your wins. Games with low volatility will pay out smaller amounts, but more often. Highly volatile games will pay out less often, but with bigger wins.

Choosing between low volatility and high volatility game is going to be a more important factor for most people to take note of as they are going to feel greater effects over a shorter period.

Volatility is going to suit certain player types a lot more than RTP percentages. Players who are chasing the big wins will be able to target high volatile games, with the knowledge that wins may be less frequent, but when they hit, they will hit big. Low volatile games are great for players with smaller bankrolls who are looking to make their money last a little longer in terms of gameplay.

The big downside to all of this is that most games don’t highlight any volatility rating at all. You need to contact the casino or game developer direct to find out an answer to this.

It’s important to know what RTP and how it works with online pokies. The numbers can be a good barometer for a lot of players to help them decide which games might be best for them.

One of the things that must be taken into account is that, for most players at least, given they won’t play all that many spins on a single pokies game, RTP will likely not come into play. If it does, seeing any difference between a game rated 94% RTP and 97% RTP will be negligible at best.

Those players that like to target a single game over a long period and rack up a lot of spins are going get a much truer reflection of an RTP percentage. Again, the sample needs to be significant, but accuracy will be much higher.

We recommend that it’s important to not get too hung up on RTP for most players. The majority of online pokies are all around the 94% to 98% mark and as we said, most won’t play enough to see any difference. It’s also worth noting that progressive jackpot games have some of the lowest RTP percentages in the industry, but they are the highest paying games. Use RTP to find a balance and then just look for games that you find enjoyable, rather than chasing every RTP percentage. You should also be on the lookout for stuff like free spins when choosing your next pokie game.

How can you check the RTP of pokies?

The easiest way is to open the paytable or information tab for the pokies that you’re playing on. In here there should be a section that states the RTP. Aside from that, a quick Google search of the pokies and “RTP” will likely bring up the answers that you need.

What does RTP stand for in pokies?

RTP stands for Return to Player. It’s a term used by the casino to highlight the rate of return per unit wagered by the player. Online pokie players should be familiar with this term and understand what it means in relation to playing pokie machines.

How does return to player work?

Over a huge sample of spins, the RTP is the percentage that the casino pays back to the player. For example, if an RTP was 95%, then 95c for every NZ$1 staked would go to the player, with the casino then taking the remaining 5c per spin.

Can you as a player somehow influence the RTP?

No, the RTP is fixed for all games and can’t be influenced by the player. It’s linked in with the games Random Number Generator (RNG) to make it impossible to crack.

No, the RTP or pokie machine payouts are fixed for each game and set by the game developer before loading on the casino. The developer can offer different RTP percentages for the same game, though, so it’s worth researching that the RTP for the game you are playing is the highest it can be.