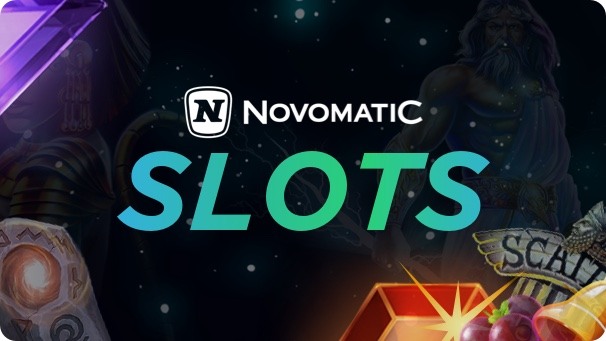 Founded in 1980, Novomatic is one of the gambling world’s most successful stories. The company was popular in land-based casinos long before it moved online. Creator of some of the biggest slot machines of all time, such as Book of Ra and Book of Ra Deluxe, Novomatic has established itself as a brand leader in pokie gaming.

The Novomatic Gaminator software online enables players to enjoy a slew of great games. You can play Novomatic pokies online with ease these days as more and more casinos join the Novomatic NZ ranks. If you’re looking for the top Novomatic pokies to play in 2021, you can choose the top games such as Sizzling Hot, Cops ’n Robbers, and Lord of the Ocean from the casinos on our list.

As one of the greatest game developers of all time, Novomatic deserves a spot high up on our list. We’ve reviewed dozens of developers so far, but to be honest, many of them wouldn’t exist if it wasn’t for Novomatic Casino AG.

When we review developers and slot games, we take a variety of factors into consideration. Just because a slot developer is popular doesn’t mean it will pass our tests with flying colours. We thoroughly go through its library, the licenses it has, the safety of its games, and the types of games it offers. The same goes for any Novomatic slot online, such as Reel King and Mega Joker, which have earned a place among the legends.

In this Novomatic guide, you’ll learn more about the company and its games. We’ll also recommend every Novomatic casino that matters in 2021 so you can play the studio’s pokies without worrying about the legal side of things.

The Novomatic Group was found in 1980 in Austria. Since its beginning, it has spread with offices in over 40 countries around the world and has around 24,000 employees. The company is behind some of the biggest slot hits of all time including Book of Ra, Phoenix Fortune, Jungle Jackpot, Queen of Hearts, and Xtra Hot.

The Austrian developer is also known for its tendency to pick famous persons as ambassadors. The biggest one was F1 legend Niki Lauda. The famous Novomatic Niki Lauda hat brought the company even wider global recognition and made it a big-name brand in the past decade or so.

Novomatic is more than just a pokies provider. The list of Novomatic games includes table games, progressive jackpots, and scratchcards too. In 2016, digital scratchcard provider Gamevy partnered with Novomatic to create a new subsidiary called Novomatic lottery solutions. As the name suggests, it’s a brand that focuses on games of chance by focusing on a broader lottery demographic.

The Austrian developer has acquired many smaller providers such as Greentube over the years. It also has a dominant land-based casino presence. You can find the Novomatic winning technology in many Las Vegas joints. Of course, you’ll find it in every Novomatic online casino too, especially the ones recommended on our pages.

Novomatic has a very strong slot fanbase across the globe, making it one of the biggest providers in the industry.

How Safe Are Novomatic Games?

If we must name one reputable and trustworthy slot provider in 2021, it would be Novomatic. The company has been on the market for 40 years. In that period, it has acquired some of the world’s top licenses and released fully legit games. All Novomatic online pokies and table games are tested by leading labs and controlled by an RNG so you can never doubt their fairness.

The company is fully licensed by eCOGRA and its games have been certified as fair and safe. Of course, the games are only as safe as the casino you choose. There are too many rogue sites out there and none of them deserve your attention. If you want a fair and safe gaming experience, you will need to choose a licensed casino.

The good news is that we have many of those here at PokieSource. Choose a Novomatic casino from our list and you won’t have to worry about the safety of the games.

Novomatic’s reputation speaks volumes about itself. The company has won the Casino Supplier of the Year award at the Global Gaming Awards London in 2018 and 2019. This is proof enough that the provider is still as relevant as ever and a true testament to its quality.

In four decades on the market, Novomatic has released some truly special pokies. Classics like Book of Ra are among the top 10 slot games ever developer. This slot inspired a genre of its own. Thanks to its massive popularity, Novomatic has created a full series of Book of Ra games with some fun variants.

Some of the other famous slot games include:

Novomatic is constantly working hard to deliver new pokie titles for its fans. Below you can see the top Novomatic pokies for 2021 you can try at our recommended casino sites.

Every Novomatic pokie casino will allow you to try out the games for free before you splash the cash. This is a great opportunity for you to familiarize yourself with the mechanics and gameplay before you decide to invest. The NZ casinos that PokieSource recommends offer all of the company’s games in demo mode. Give them a test ride and you can see if a particular pokie fulfils your wants and needs.

Novomatic Slots With The Highest RTP

Many of Novomatic’s slot machines feature a sky-high RTP. Such is the case of Gorilla (RTP: 97.10%) and Jackpot Diamonds (RTP: 97.07%). It’s not just about pokies. Many other Novomatic games have a soaring RTP. For example, Lux Blackjack and Royal Crown Blackjack both have an amazing RTP of 99.6%.

While the RTP is not a guarantee for wins, we’d rather play these games than any other with a low RTP.

The majority of the popular Novomatic pokies we mentioned so far are developed on HTML5 technology. This means that you can easily play them on your mobile phone, regardless of whether it’s an Android or iOS device. The mobile optimization is pretty solid with touch controls and a scalable interface that works well on any device.

You can try them by visiting one of PokieSource’s recommended mobile casinos.

Novomatic Pokies With Jackpots And Other Casino Products

Novomatic is one of the pioneers in the industry when it comes to jackpot pokies. The company has linked jackpots across the Book of Ra slots and separate titles such as the Four Seasons and Tales of Darkness jackpots. Standalone jackpots are part of it too, featuring titles such as Pay Day and many others.

While Novomatic isn’t as popular as Microgaming when it comes to progressive jackpots, it still has a pretty solid collection.

Besides slots and jackpots, it offers a variety of other casino products too. You can play mini-games and skill games as well as mah-jong, backgammon, roulette, baccarat, and plenty of card games. Bingo and electronic poker (Novomatic American Poker 2) are in the collection too. While the variety is appreciated, the Novomatic gaming experience is fully focused on pokies.

The good news is that you can play all those games in every Novomatic casino online, including the popular lottery solution. If you’re a fan of the game of chance, you should definitely try it online.

When you join a Novomatic NZ casino, you will certainly have the opportunity to earn a casino bonus on registration. You can also get plenty of free spins that usually come paired with deposit bonuses. The top Novomatic pokie casinos in New Zealand will often have a reward for joining that will most likely come with free games included.

Of course, you shouldn’t be so quick to pull the trigger. Bonuses come with many strings attached and you should read the T&Cs thoroughly before you get the ‘goods’. That goes double for bonuses for a particular Novomatic pokie game or any other product. If you love the Book of Ra Novomatic slot, we suggest checking out the promo section regularly – many casinos often run promotions on this slot game.

Even if a casino doesn’t offer a bonus, which would be rare, you can still earn free spins in the pokies themselves. Many of them, like Book of Ra Deluxe, have a free games bonus round that can be retriggered for bigger and better payouts. With special symbols and features also in the mix, it becomes clear why people love Novomatic pokies so much.

While these chances don’t come so often, players stick to Novomatic’s slot machines and wait for the bonus rounds because they know the opportunity to win big is right there. Thanks to the popularity of Book of Ra, Novomatic has created clones of this game which have been pretty successful as well. The company has also cloned many of the other games, giving players a chance to play their favourite slot games in different themes.

Novomatic is, hands-down, one of the biggest providers on the iGaming market. However, if you don’t like its casino games, you’re welcome to try other providers such as NetEnt, Playtech, IGT, and Play’n GO.

IGT is one of the older developers on the market and quite similar to Novomatic. It’s the studio behind Cleopatra, a slot hit that’s just as big as Book of Ra. The Cleopatra slot game has inspired dozens of copies but, to be honest, nothing beats the original.

Playtech is an experienced developer too, which publishes video pokies and jackpot online slots. Its Age of the Gods series features a linked jackpot that players can win over dozens of games.

Play’n GO is one of the most exciting developers on the market in 2021. Its games have similar features, but vary in themes. Play’n GO’s slot games are known for their graphics and extra-fun gameplay paired with solid payouts.

Finally, NetEnt is the top slot provider in the industry and offers excellent alternatives to Novomatic’s slot games. It has released over 100 pokies so far with fantastic graphics and gameplay features that make these pokies among the best in the industry.

Every Novomatic pokie casino NZ is a great choice to try the company’s top games. Each Novomatic casino will feature the Austrian developer’s biggest hits which, more often than not, feature prizes beyond your imagination.