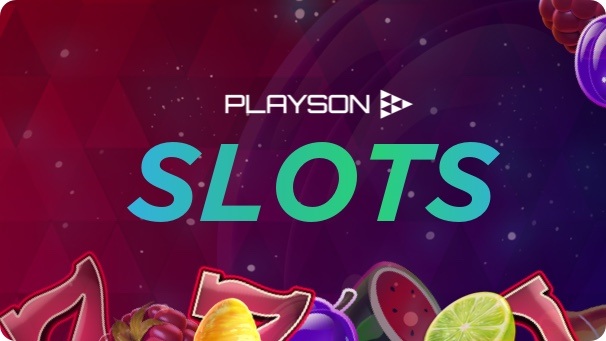 When you start looking for a pokie game to play, it is easy to get confused, overwhelmed even with the choice of titles available across New Zealand online casinos. That’s because there are hundreds of software developers, each offering hundreds of Slot games to their fans.

At PokieSource, we give you details of the very best software developers and their most popular pokies. This time, we’ll be discussing the works of art by Playson, a developer that has been around for nearly a decade and has been actively releasing new pokies each month.

Check out the providers’ list at any leading online casino, and you’ll see that it offers Playson games. And when you look at its pokies, you will see why Playson provider is the one whose games are features across major New Zealand casinos.

Playson is actually the type of developer that mostly creates pokies with classic, familiar themes, but portrayed with stunning graphics, in HD quality. The visual representation of its pokies is not what makes them stand out from a crowd of others, though. What makes its pokies special is the fact that they are loaded with special features, and are some of the most engaging games on the market.

The developer has one mission, and that’s to create innovative content to cater to players all across Europe. Founded in 2012, with offices and game development studios in Greece, Malta, Ukraine and New Zealand, Playson managed to launch its games across 17 regulated online gambling markets. It achieved that thanks to its expansion strategy, which involved partnering with many powerful software developers and launching its games on their platforms, names like Microgaming and its Quickfire, EveryMatrix, Leander, BetConstruct, iSoftBet and NYX Gaming Group, among others. Its expansion continues to this day, as we constantly hear about partnership deals the developer makes with different operators and platform partners.

How Safe are Playson Games?

We mentioned that the Playson company has been regulated in 17 online gambling markets. These include New Zealand, Spain, Romania, Malta, Sweden, Italy and others. To be certain that its games are completely safe, you have the Malta Gaming Authority license to guarantee you that.

But, you should know that the developer takes fairness and randomness pretty seriously. It has all of its pokies tested and certified by QUINEL, a respected auditor which ensures the RNG in Playson pokies works perfectly fine and only generates fair and random results. Therefore, as long as you choose a Playson online casino from our list, you can rest assured that you’ll be getting a seamless online gambling experience.

The developer has been active for a little over eight years now, and in that time, it has managed to release over 60 pokie titles. And as mentioned, these pokies all feature classic themes or themes that would appeal to any player, regardless of the year or month they play them. Playson insists on keeping it safe, and not risk by implementing themes that would get outdated with time.

For instance, Timeless Fruit Pokies is the 2018 series of 10 pokies that have become quite popular across casinos with Playson games. As implied by the series title, the collection consists of pokies with the timeless fruit theme, a theme that never gets old, and is incredibly appreciated by any type of player. But fruit pokies and classic themes are not the only themes you’ll encounter in its pokies. You will see that the developer also creates pokies with other familiar themes like the Irish luck, Vikings, Ancient Greece, Ancient Rome, and Ancient Egypt, among others. It has also tackled the social games scene with its popular pokies Crystal Crush and Crystal land.

Regardless of the themes you prefer, you can rest assured that you will find a pokie suited to your tastes anywhere you see Playson logo. If you’re interested in knowing the Playson best pokies ever, go through the following list:

Mighty Africa: 4,096 Ways – With 4,096 ways to win which can increase up to 31,104 ways to win thanks to the Wild Split feature, this Africa-themed pokie can deliver some incredible prizes. The pokie offers Free Spins, where you can get the most out of its payout potential.

Down the Pub – As a pokie New Zealand players love, Down the Pub is featured in most New Zealand casinos. It comes with Free Spins and a Bonus game where you need to play a pokie, within a pokie, in a pub. What else could one ask for?

Viking Gods: Thor and Loki – This is one of the developer’s most gamified pokie, kind of like a video game, where you choose your God and root for it to win. Each of the Gods has its own set of unique features, Wilds and Free Spins modes.

Thunder Reels – Thunder Reels Playson designed may sound like another pokie inspired by Thor, but it is actually a Vegas-style classic pokie that can deliver an incredibly exciting pokies experience.

Sakura Dragon – As implied by its name, Sakura Dragon is a Japanese-themed pokie, where a powerful Dragon spreads Wilds at random on the reels, both during the base and the Free Spins game, delivering the most awesome wins.

Rise of Egypt – Designed back in 2018, inspired by the forgotten Gods of Ancient Egypt, this pokie comes with 20 lines, comes with Wilds, Scatters, retriggerable Free Spins, symbol upgrades and more!

Chicago Gangsters – Depicting 1930’s Chicago, this pokie delivers Wilds, Mystery Symbols, a Bonus Game, but in-game jackpots, too, to get you to the big wins in an instant!

God of Wild Sea – Packed with Free Spins, Wilds and significantly rewarding Sea God symbol combos, this pokie takes you deep underwater, where you can find the lost treasures and claim them.

Treasures of Tombs Hidden Gold – A female explorer takes you on an adventure to find the hidden gold in Indiana Jones-style. The 9-pokie is a sequel to the Treasures of Tombs, therefore, it is an improved version with several exciting features.

As explained earlier, Playson releases new pokies several times a year. It takes it time to create each pokie with at least one defining unique feature to keep things exciting for you.

Among the brand new releases, we can mention the most recent ones, Pearl Beauty Hold and Win, Sevens and Fruits 6 reel, Solar Temple, Fruit Xtreme, Rome Caesar’s Glory, Book of Gold: Symbol Choice, and Sunny Fruits Hold and Win. Some of these titles even include jackpots, and they have all become an instant hit with players, the moment they were released.

Before you decide on the pokie you’d like to play by the developer, make sure you give a few of them a try. You can do that because Playson gaming time comes in two versions: real-money and demo. Therefore, if you just want to try out a no deposit pokie without depositing real money on it, just click on the demo mode when you load the game and give it a try for free.

Previously, Playson only used Flash, but with the continuous rise in popularity of mobile pokies, it has also started creating them in HTML5. Therefore, you can enjoy its games on any desktop, mobile or tablet device, wherever you are, in just a few clicks or taps on your device.

Just because the developer mostly creates classic pokies, it doesn't mean that when you load these pokies on different devices, they would not offer the same graphics quality. On the contrary, Playson makes sure all of its pokies come with crisp clear, 3D pokie graphics, to be suited for any screen size.

You should, first and foremost, know that most, if not all, Playson pokies arrive with the in-play Free Spins bonus feature. Just load random pokies like Clover Riches, Art of the Heist or Book of Gold: Classic, and you’ll see that they all feature at least 10 Free Spins.

But, if you’re one of those players that love Free Spins and can’t get enough of them, we’ve got great news. All of the casinos we list at PokieSource offer bonuses and promotions, as you may as well know. Among these various types of offers, you may find one that would allow you to use your bonus on most popular Playson pokies like Sakura Dragon, in addition to games by other developers. If you’re interested in particular pokies by Playson, though, make sure you double-check the Terms and Conditions of the offer to see whether it is among the eligible games list.

Playson Progressive Jackpots and Other Games

Playson mostly focuses on developing pokies, we could conclude that, but you should also know that it has released three roulette versions and three blackjack versions throughout the years. It still hasn’t test Live Casino waters, but it no one knows whether or not that would happen in the future. As for now, we know that its pokies are quite respected and present across many online casinos, and that’s all thanks to their sleek design and effortless integration solutions.

When it comes to progressive pokies, don’t get your hopes up, because the developer has not yet set up a progressive jackpot network. But, you would be pleased to hear that games like Vikings Fortune: Hold and Win, Sunny Fruits: Hold and Win, Mega Burning Wins: 27 Ways, and many others, feature in-game jackpots, like we mentioned earlier. You can benefit from those jackpots, even though their prize pool never increases and is fixed. Winning any jackpot prize wouldn’t hurt anyone, right?

Playson RTP, design and feature-loaded gameplay are what makes the developer stand out from the crowd of other developers, and its pokies as popular as they are across online casino sites.

But, considering you only have 60 pokies to go through developed by it, you may want to check out games by other developers as well, at some point. If you do, you better check out games by NetEnt, Microgaming or Quickspin, as these are all great alternative pokies developers for players who love Playson games.

NetEnt, for instance, is the type of developer that has an excellent team behind it, a team which creates some of the most visually-appealing pokies, with great math models and unique features. The last part is where the two developers are similar; NetEnt also includes many features in its pokies to keep players engaged for long.

Microgaming is a name that needs no introduction because it is the leading software developer that has been around ever since gambling went online. Literally, it was the developer that powered the first online casino. Nevertheless, it is also the developer that releases several pokies a month, so you can only imagine the number of pokies you have at your disposal to choose from if you decide to go with it.

Quickspin is also a great name, which focuses on developing mobile-first pokies, fitted for players who enjoy playing on the go. Its games are fitted for any screen size, so regardless of the device you’re using, you can play them and get an exceptional experience wherever you go.